Increasing evidence revealed that mRNA molecules play a significant role in the progression of some diseases, which provides a new sight to use mRNA as a drug for the treatment of genetic diseases. Creative Biolabs is a world-leading service provider who is fully committed to offering high-quality and low-cost services to advance mRNA research based on our powerful technologies including electroporation, nucleoporation, PiggyBac transposition system, and gene gun. By using these techniques, mRNA of interest can be effectively delivered to target cells or tissues.

mRNA is an RNA version of the gene that carries genetic code from DNA in a cell's nucleus to ribosomes where proteins are synthesized. mRNA molecules regulate the diverse cellular process by directing protein synthesis. At present, the research focus on mRNA is the relationship between mRNA and the occurrence of diseases as well as mRNA drugs for the treatment of genetic diseases.

Nowadays, more and more studies have revealed the mRNA levels are associated with the progression of some diseases, which may provide a new sight for disease prediction and diagnosis. For example, overexpression of TACE and TIMP3 mRNA is related to the development of head and neck cancer. The altered transcription of APP may be associated with the progression of sporadic Alzheimer's disease. In addition to the role of mRNA in disease progression, mRNA therapy has also aroused scientists' concern. Strategies for mRNA-based cancer therapy mainly include in vivo delivery of mRNA to replace or supplement proteins, mRNA-based pluripotent stem cells generation, and genome engineering using mRNA-encoded meganucleases. 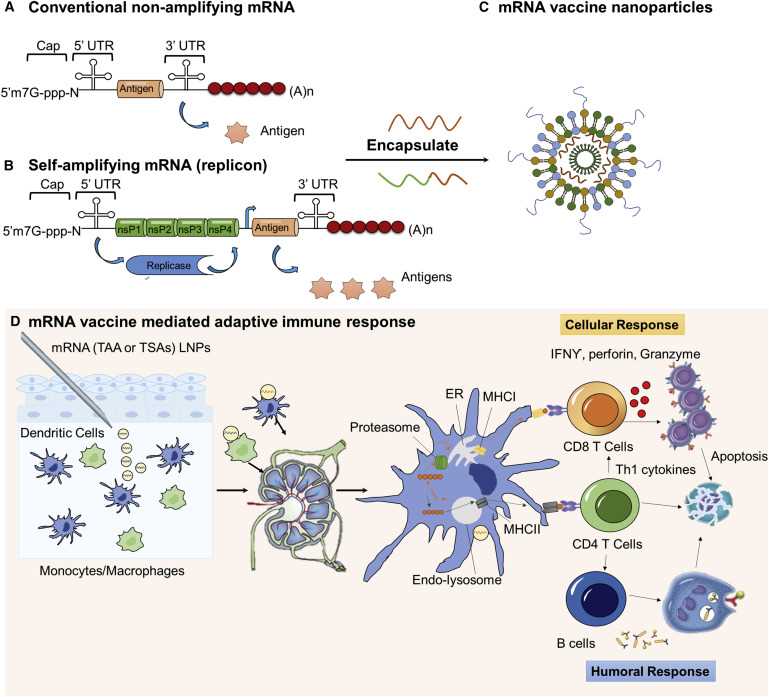 Electroporation is a simple and effective technique that utilizes a short high-voltage pulse to alter the cell permeability to enable some molecules such as DNA, RNA, even some macromolecules to enter cells. Employing this method, mRNA can be delivered into many different cell types with high transfection efficiency.

Nucleoporation is an optimization for electroporation that delivers nucleic acids straight into the nucleus. This method is suitable for the nuclear transfection of primary cells, stem cells, and cell lines because the transfection is independent of cell division. As an easy, fast, and efficient method, it has been applied for gene therapy and stem cell research.

PiggyBac (PB) transposition is a mobile genetic element system that was originally identified from the genome of the cabbage looper moth, Trichoplusia ni. This technique is initially used for gene delivery tool in insects. Now it has been widely applied for gene transfection in many species such as mammalian cells, mouse germline cells, and cell lines.

Gene gun is a physical method that utilizes an electric discharge or a pressurized helium pulse to drive genes of interest into target cells. This technique was originally used for DNA transfection in plant cells. Now it has been applied for mRNA transfection in mammalian cells in vitro as well as in vivo. Based on gene gun technology, exogenous therapeutic molecules can be effectively passed through cell barrier and be released into the target cells, thereby exerting a therapeutic effect and/or inducing an immune response.

At Creative Biolabs, we are committed to providing the best and effective technologies to promote your success in a short time. In addition to powerful technologies, our experienced expert team also provides optimal solutions for your mRNA research. Please don't hesitate to contact us for more details.