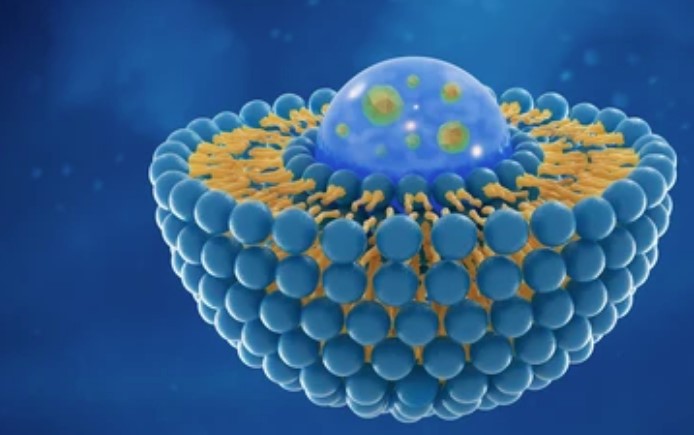 In a new study, researchers from the Massachusetts Institute of Technology, the McGovern Institute for Brain Science, the Howard-Hughes Institute of Medicine, and the Broad Institute developed a platform for delivering molecular drugs to cells. The platform, called SEND (Selective Endogenous eNcapsidation for cellular Delivery), can be programmed to encapsulate and deliver different RNAs. SEND uses natural proteins in the body to form virus-like particles and bind to RNA, which may cause less immune response than other delivery methods. The results were published in the August 20, 2021 issue of the Science journal entitled “Mammalian retrovirus-like protein PEG10 packages its own mRNA and can be pseudotyped for mRNA delivery”.

At present, the two main ways to solve the delivery problem are modification of nucleic acid molecules to stabilize and avoid recognition by the immune system, and using drug delivery systems, such as lipid nanoparticles (LNPs) and carrier viruses.

SEND performed effectively in the cell model, and with further development, it is possible to develop a new class of delivery methods for a wide range of molecular drugs, including those used for gene editing and gene replacement. Existing delivery tools for molecular drugs may be inefficient and randomly integrate into the host cell genome, and some may stimulate unnecessary immune responses. There is hope for SEND to overcome those limitations, providing new opportunities for the deployment of molecular drugs.

In this new paper, Zhang Feng and his team described how SEND uses molecules made by human cells. At the center of SEND is a protein called PEG10, which usually binds to its own mRNA and forms a spherical protective capsule around it. They designed PEG10 to selectively package and deliver other RNAs. They used SEND to deliver the CRISPR-Cas9 gene editing system to mouse and human cells to edit the target gene.

The PEG10 protein naturally presents in humans and comes from a retrotransposon, a virus-like genetic factor that integrated itself into the genomes of human ancestors millions of years ago. With the passage of time, PEG10 has been incorporated by the human body and become part of a protein library that is important to life.

Four years ago, scientists discovered that another retrotransposon-derived protein, ARC, forms a viral-like structure and participates in RNA transfer between cells. Although these studies have shown that it is possible to design retrotransposon-derived proteins as a delivery platform, scientists have not successfully used these proteins to package and deliver specific RNA in mammalian cells.

Knowing that some proteins derived from retrotransposons can bind and package molecular goods, Zhang Feng’s team sought to use these proteins as possible delivery carriers. They systematically searched these proteins in the human genome for proteins that could form protective capsules. In their preliminary analysis, 48 proteins encoded by human genes were found to possibly have this ability. 10 of these candidate proteins exist in both mice and humans. Among the cell lines studied by the team, PEG10 stood out as an effective shuttle protein. These cells released significantly more PEG10 particles than any other protein tested. Most of the PEG10 particles also contain their own mRNAs, indicating that PEG10 may be able to package specific RNA molecules.

To develop SEND technology, Zhang Feng’s team identified the molecular sequence, or “signal”, in the mRNA that encodes PEG10, which PEG10 recognizes and uses to package its own mRNA. They then used these signals to design PEG10 mRNA and other RNA products so that PEG10 can selectively package these RNAs. Next, they decorated the PEG10 protective capsule with an extra protein called fusogen, in which fusogen was found on the cell surface to help the cells fuse.

By designing the fusogen on the PEG10 protective capsule, Zhang Feng’s team should be able to target the PEG10 protective capsule to specific types of cells, tissues, or organs. As a first step towards this goal, they used two different fusogens, including one found in the human body, to deliver SEND goods. “By mixing and matching different components of the SEND platform, we believe it will provide a modular platform for the development of treatments for different diseases,” Zhang said.

SEND is made up of naturally occurring proteins in the body, meaning that it may not trigger an immune response. If this is confirmed in further studies, SEND could provide an opportunity to deliver gene therapy repeatedly with minimized side effects, the authors said. “SEND technology will further expand the toolbox for delivering gene editing therapy to cells as a complement to viral delivery carriers and lipid nanoparticles,” Lash said.

Next, Zhang Feng’s team will test SEND on animals and further design the platform to deliver RNA products to various tissues and cells. They will also continue to explore the natural diversity of the platform in the human body to identify other ingredients that can be added to the SEND platform.

“We are pleased to be able to move forward with this approach,” Zhang said. “We realize that it is a very powerful concept that we can use PEG10 and other possible proteins to develop delivery pathways for human use to package and deliver new RNAs and other potential molecular drugs.”