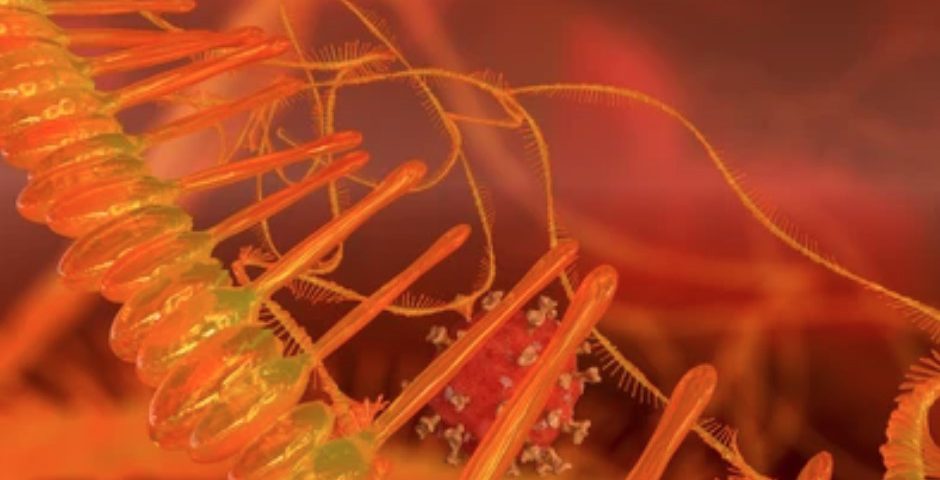 The structure of mRNA can be divided into five parts, starting from the 5 ‘end, namely, 5’ cap, 5 ‘non-transcriptional region (UTR), open reading frame encoding antigen, 3’UTR and polyadenine tail. Each part is critical to the normal work of the mRNA vaccine.

One of the functions of the 5′ cap is to prevent mRNA from being detected by sensors that recognize viral RNA in cells, thereby preventing unnecessary immune responses. It also protects mRNA from degradation by exonuclease.

The process of capping mRNA:

The length of 3′ polyA tail indirectly regulates the translation and half-life of mRNA. The length of the PolyA tail is generally 100-150nt to effectively form a translation complex and protect the 5′ hat from falling off. However, the long tail will affect the stability of the plasmid. The solution of Pfizer/BioNTech is UGC linker with 10 bp inserted in the middle, that is, A30 (10 bp UGC linker) A70.

The open reading frame that encodes antigens is the most important part. The improvement of this part includes the optimization of mRNA codons, which can improve the level of translation by converting uncommonly used codons into common codons that encode the same amino acid. For example, CureVac’s COVID-19 vaccine CVnCoV uses codon optimization.

When designing the sequence, we also need to remove the binding site of miRNA and the AU enrichment region of 3 ‘UTR to reduce the regions in 5’ UTR which are easy to form secondary and tertiary structures.

Because mRNA has a large molecular weight (1-1 million Dalton) and has negative points, it is difficult to penetrate the lipid bilayer on the cell membrane that is also negatively charged. At the same time, in vivo, mRNA is easily digested by immune cells or digested by endonuclease, which leads to degradation. So we need a suitable delivery system.

The advantage of ionizable lipid is that they are neutral and uncharged at physiological pH values. Under acidic conditions, it is punctual and combines with RNA. When the endosome (Endosome) is acidic, it is beneficial to fuse with the endosomal membrane and release RNA into the cytoplasm.

Although the clinical progress is not as rapid as that of LNP, polymers have similar advantages as lipids and can effectively deliver mRNA. Cationic polymers can form complexes of different sizes with mRNA. At present, there are a variety of biodegradable polymer materials for effective delivery of mRNA.

Polyvinyl amide (PVA) is the most studied polymer, which is effective in delivery but highly toxic due to high charge density. The toxicity can be reduced by using low molecular weight structure, combined with PEG, European cyclodextrin and disulfide bond. Similar to ionizable lipids, ionizable conjugates are also in use.