With years of experience and our advanced platform, Creative Biolabs has developed a variety of mRNA stability tests for different requirements, including the actinomycin D-based method, c-fos serum-inducible promoter system, Tet-off regulatory promoter system. Our scientists are confident in offering the best service and the most qualified outcomes for our customers all over the world. 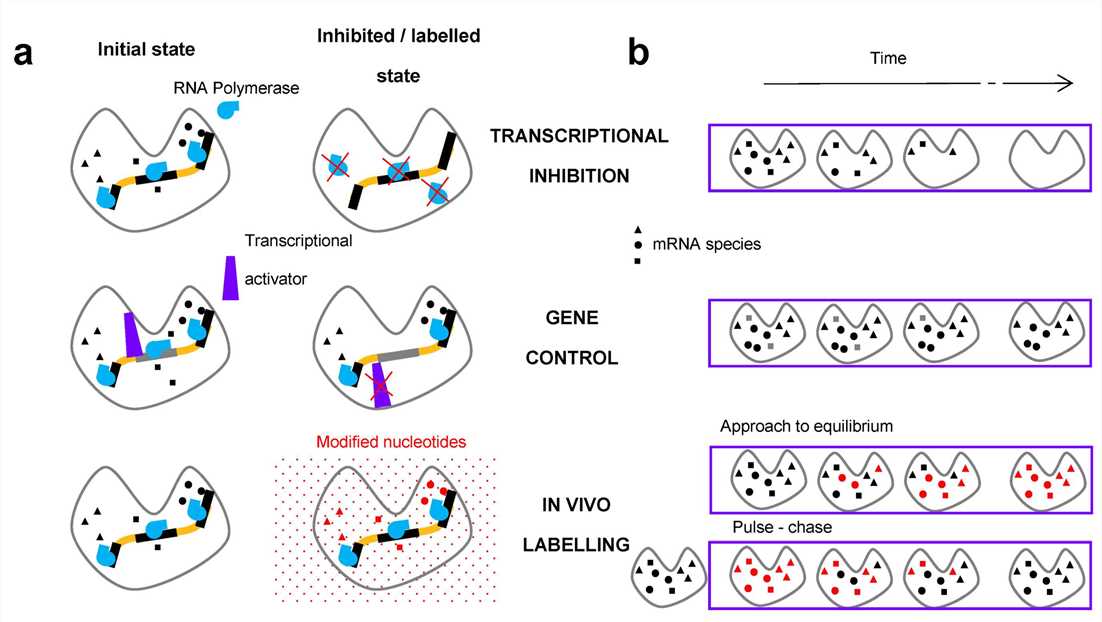 Determining mRNA half-life as a measure of mRNA stability provides an important measure for understanding gene expression changes and underlying mechanisms regulating the level of transcripts at different physiological conditions or developmental stages. Creative Biolabs provides direct or indirect measurements of decay rates of endogenous mRNAs performed in several ways for our customers, including but not limited to:

The mRNA stability within cells can be measured indirectly by analyzing the mRNA half-life following transcription inhibition, where changes in mRNA levels are assumed to reflect mRNA degradation. Creative Biolabs provides one of the simplest techniques of measuring mRNA stability by inhibiting transcription with transcription inhibitors and measuring the mRNA kinetics. Transcription inhibition using the actinomycin D-based method has been proved to be the most amenable to high-throughput analysis and has opened the door to dissecting mRNA decay transcriptome-wide. In this manner, you can quantitate the half-life of your mRNA of interest in a very efficient and precise way.

Aside from the actinomycin D-based methods for measuring endogenous mRNA stability, Creative Biolabs can determine the mRNA stability using c-fos serum-inducible promoter system and Tet-off regulatory promoter system. These systems are performed by transiently transfecting the reporter gene into mammalian tissue culture cells and using a pulsing transcriptional approach to monitor deadenylation and decay kinetics of the reporter transcript. We can use two promoter systems for different applications to test half-lives of mRNAs of interest in mammalian tissue culture cells with transient transfection systems to meet our customers' desired project demands.

According to the different expected applications, mRNA stability assays may need to be custom designed and developed. Combined with our advanced techniques and over ten years of extensive experience, Creative Biolabs can provide assay development to satisfy various project demands.

Creative Biolabs has long-term devoted to providing mRNA services. Our scientists are pleased to tailor the best-fit methods to determine mRNA stability to meet your objectives. If you are interested in learning more about our mRNA stability test, please do not hesitate to contact us for more details.