Creative Biolabs has ample experience in mRNA (messenger ribonucleic acid)-based methods applied in the drug design and discovery field. Currently, we can precisely design novel mRNA therapeutics with high safety, specificity, and validity. Equipped with a team of professional scientists, we have won a good reputation among our worldwide customers for accomplishing numerous challenging projects in this field. We are proud to partner with our clients on the journey of bringing novel candidate targets to the market.

Introduction to mRNA in Disease Therapy

mRNA, a single-stranded RNA, is usually produced in the process of transcription that plays an important role in protein synthesis and disease therapy. In general, mRNA can be created in the nucleus and be further transported into the cytoplasm to make proteins bind to specific mRNAs. Transfer RNA (tRNA) and ribosomal RNA (rRNA) are the main types of RNA molecules that are essential for forming ribosomes and mRNA transcription.

Pilot studies have demonstrated that mRNAs can mediate the gene expression of many proteins. The dysfunction of mRNA is associated with several human diseases, such as lethal congenital contracture syndrome 1 (LCCS1). Moreover, recent studies have revealed that mRNA exogenous delivery has been considered as a new group of drugs with wide applications in the treatment of rare metabolic diseases. In addition, a wide variety of vehicles and methods for mRNA delivery have been generated to improve its safety and effectiveness in multiple preclinical studies. 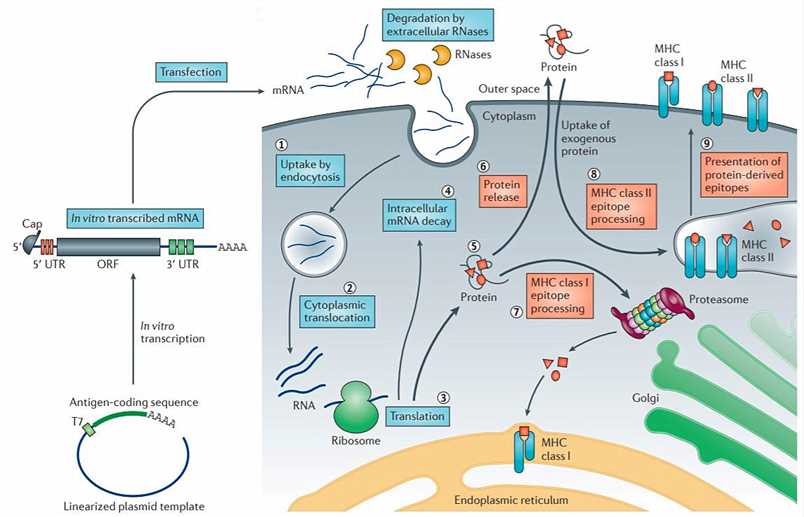 Currently, mRNA has been broadly used as a powerful tool for treating various human diseases, especially for malignant tumors. Meanwhile, many advanced mRNA technologies have been established for developing novel cancer immunotherapies. At Creative Biolabs, we are dedicated to helping our worldwide customers select, design, and optimize the mRNA molecule of the target of interest. Our mRNA-based immunotherapy platform has been generated for offering a series of mRNA therapeutics development services, ranging from mRNA design, synthetic carrier optimization, to in vitro and in vivo evaluation studies. Up to now, we can provide a battery of mRNA-based immunotherapy services based on different kinds of state-of-art technologies. For instance, alternative splicing, a new type of pre-mRNA transcripts technology, has become an attractive way in our labs for creating mature mRNA and then producing peptide-MHC complex that is used in many immunotherapies, such as T cell receptor engineered T cells (TCR-T cells) therapy. 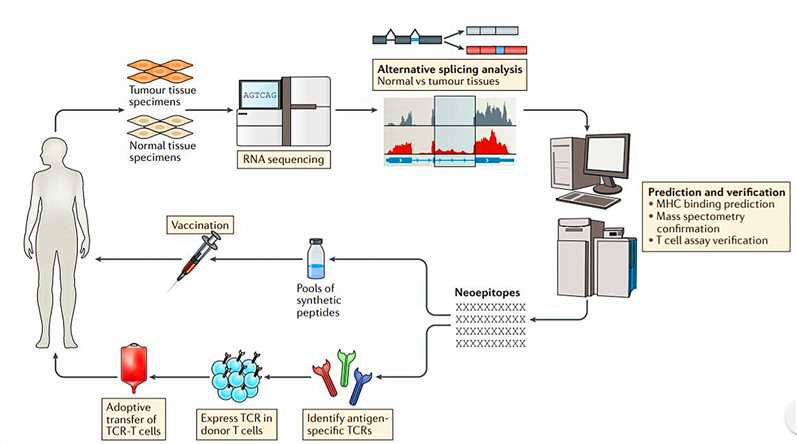 Moreover, in recent projects, several lipid nanoparticles containing mRNA coding for specific tumor antigens have been designed as perfect tools for inducing cytotoxic CD8 T cell responses in melanoma models. The data have suggested that immunotherapy using lipid nanoparticles can strongly inhibit tumor growth and increase the overall survival of patients. Furthermore, mRNA-encoded tumor antigens have become an effective strategy for loading dendritic cells (DCs) ex vivo to trigger anti-tumor immune responses in cancer immunotherapy. Besides, mRNA prepared by in vitro transcription (IVT) has been regarded as a suitable delivery system for modified or recombinant proteins. The results collected from various tumor models have shown that IVT mRNA can be utilized in the generation of passive cellular immunotherapy.

Creative Biolabs has developed a novel mRNA-based immunotherapy platform to boost the functions of our mRNA-based drug discovery pipeline. Our approaches will remove the obstacles of your projects and bring breakthroughs to affect the future of new drug discovery. If you are interested in our services, please feel free to contact us for more information.