Applications of mRNA as Research Tools

Messenger ribonucleic acid (mRNA), a type of RNA molecule that can be found in various cells. In general, the structure of mRNA is often composed of a 5' cap, two untranslated regions (5' UTR and 3' UTR), a coding domain, a 3' poly(A) tail. mRNA can be produced during the process of transcription in the nucleus. Normally, primary transcript mRNA (pre-mRNA) will be created at the early stage of transcription. This pre-mRNA will be further processed into mature mRNA by RNA splicing and removing introns. Mature mRNA can be further transported into the cytoplasm to participate in protein synthesis. Moreover, two main types of RNA molecules, transfer RNA (tRNA) and ribosomal RNA (rRNA), have also been identified that play a critical role in translating codons into amino acids in the protein-manufacturing process. 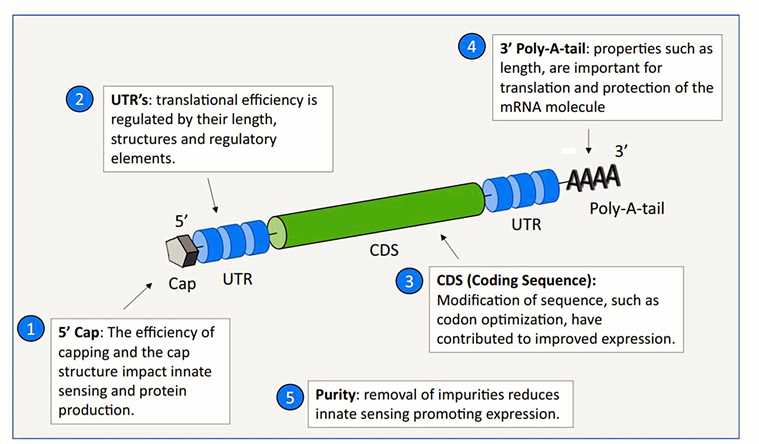 Fig.1 The structure of a mature eukaryotic mRNA. (Jackson, 2020)

In the past few years, mRNA has been considered as a powerful tool for treating a wide variety of human diseases, especially for malignant tumors. Up to now, a wide collection of mRNA-based studies, including in silico mRNA structure analysis, mRNA synthesis, mRNA modification, mRNA delivery, mRNA-based cell reprogramming, and mRNA stability test, has aroused much attention due to the essential role of mRNA in disease therapy.

In general, mRNA can be used as a tool to reveal the mechanism of biological processes, analyze molecular interactions, and develop novel therapies for disease treatments. For instance, synthetic mRNA has been designed to deliver target genes. The data have suggested that the mRNA vector is safer and more stable compared to DNA. Furthermore, the mRNA vector for the regulation of protein expression has also shown a higher transfection efficiency and a low or no immunogenicity in pre-clinical and clinical studies. Besides, genetically or chemically modified mRNA-based products, including vectors, have become a popular tool for developing novel immunotherapy, cell therapy, and gene therapy.

In recent years, a number of mRNA-based technologies, such as mRNA display technology,  LPR technology, have been generated for discovering new peptides or protein ligands for mRNA, analyzing the interaction between drugs and target proteins, as well as boosting immune responses against viral infections and cancers. Moreover, many kinds of mRNA-based vaccine technologies have also been exclusively studied for casting light on the mRNA construct, mRNA formulation, and mRNA adjuvanticity, mRNA immunological characteristics.

Besides, numerous studies have demonstrated that dendritic cell (DC) can also be transfected by mRNA encoding various tumor-associated antigens (TAAs) to trigger enough immune responses against specific antigens. As a result, mRNA-based DC technologies have been broadly used as a key part of vaccination platforms. For example, DCs have been transfected with carcinoembryonic antigen (CEA) and prostate-specific antigen (PSA) TAA and used in patients suffering from pancreatic cancer and prostate cancer, respectively. Till now, many mRNA-based technologies have shown promising data in the development of prophylactic and mRNA vaccines.