Gene therapy is a therapeutic method, which aims to transfer exogenous genetic material (such as mRNA) to cells to correct genetic defects or induce the expression of specific desired proteins. It's very powerful because this technology can be used to correct inherited diseases or treat diseases with a relative understanding of pathophysiology. However, the most important problem in gene therapy is to develop an efficient, safe and convenient gene vector. The appearance of lipopolyplex provides a new way to solve this problem.

Lipopolyplex is a ternary complex of cationic liposome, polycation and nucleic acid. It is the second generation of non-viral gene vector developed after the first generation of cationic liposome complex. Specifically, mRNA molecules are encapsulated in a polymer core loaded into a phospholipid bilayer shell structure. The obtained structure can not only protect the mRNA molecules in the multi-node core structure from the attack of RNA enzyme, but also be internalized effectively by dendritic cells (DCs). In DCs, particles are transported through the vector system, and the mRNA molecules are released into the cytoplasm to generate antigens. 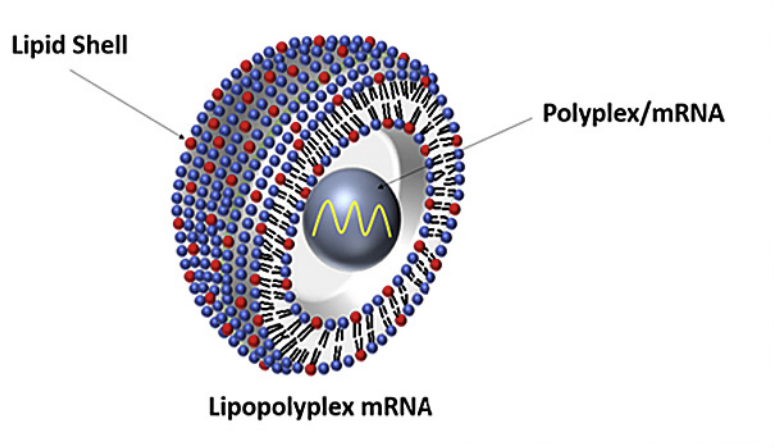 Advantages of Lipopolyplex for mRNA Delivery

Lipopolyplex combines the advantages of polyplex and lipoplex. Due to the synergistic effect of them, lipopolyplex shows superior colloidal stability, lower cytotoxicity and high gene transfection efficiency. There are many strategies based on lipopolyplex to overcome the complex biological vectors in gene delivery, including: 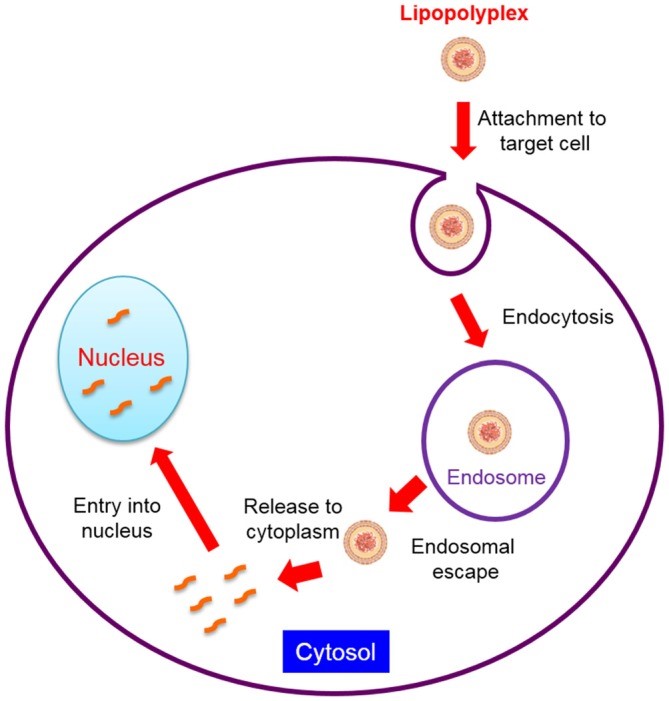 Services of Lipopolyplex Preparation for mRNA delivery at Creative Biolabs

As an innovative, promising and DNA-based alternative therapy strategy, mRNA-based therapy has attracted widespread attention. At present, Scientists of Creative Biolabs focus on the delivery system of nucleic acids, and develop the most advanced, non-viral, self-assembled complex vector for mRNA. Lipopolyplex is one of them. Our lipopolyplex vectors provide efficient and repeatable strategies for mRNA delivery to a variety of cells. This delivery mechanism simulates mRNA delivery in several key ways, including active entry (endocytosis) and homeostasis and release.

Relying on the experience in gene therapy research, Creative Biolabs is committed to developing and commercializing vector systems for mRNA delivery. Our long-term goal is to become a leader in the development and commercialization of technologies that will accelerate and enhance discoveries of gene delivery systems for gene therapy research and applications. We are committed to providing quality products and services to customers from all over the world, and maintaining our commitment to quality, price, service and customer relationships.