Creative Biolabs is a leading provider that focuses on the field of mRNA development and research. Based on our deep understanding of various enzymes for mRNA, we offer a series of enzymes for mRNA research, including but not limited to mRNA polymerase, RNase & inhibitors, mRNA ligase, mRNA reverse transcriptase, and mRNA capping.

mRNA polymerase is a DNA-dependent mRNA polymerase that is used for in vitro mRNA synthesis with strict specificity for its respective double-stranded promoters. Large quantities of RNA can be synthesized from a DNA sequence cloned downstream under the promoters due to the high processivity and transcription frequency of mRNA polymerase. RNA produced using the mRNA polymerase is suitable for many applications in research and biotechnology, including radiolabeled RNA probe preparation, mRNA for in vitro translation and microinjection, RNA structure, processing, and catalysis studies, RNA amplification, and expression control via anti-sense RNA.

RNase is an endoribonuclease that cleaves single-stranded RNA. It catalyzes the cleavage of the phosphodiester bond between the 5'-ribose of a nucleotide and the phosphate group attached to the 3'-ribose of an adjacent pyrimidine nucleotide. This cleavage forms a 2',3'-cyclic phosphate, which is then hydrolyzed to the corresponding 3'-nucleoside phosphate.

RNases are ubiquitous and can cause RNA degradation and compromise RNA integrity. RNase contamination can happen during RNA purification and routine downstream handling. RNase inhibitors are the most widely used protection against RNases, which provide great RNA protection in the presence of RNase. RNase inhibitor is a recombinant protein that completely inhibits a broad spectrum of eukaryotic RNases, including RNases A, B, and C. RNase inhibitors are ideal for highly-sensitive techniques and RNA-sensitive applications such as RNA isolation, RT-PCR, in vitro transcription/translation, enzymatic RNA labeling reaction, or any situation where RNase contamination is a concern. 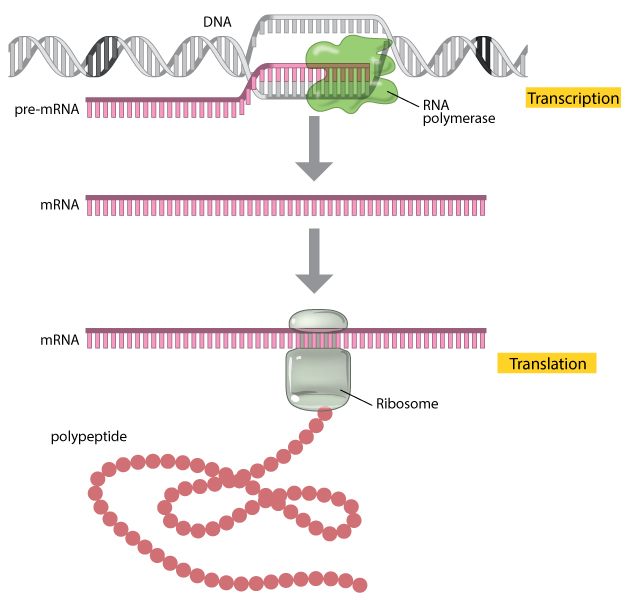 There is an emerging appreciation of the existence of RNA repair pathways that rely on mRNA ligases to maintain or manipulate mRNA structure in response to purposeful mRNA breakage events. mRNA ligase is RNA repair enzymes capable of sealing breaks. The mRNA ligase can be served for joining mRNA to mRNA. Creative Biolabs offers the most extensive selection of high-quality and performance-optimized RNA ligases and masters mixes to streamline your experiments. The pre-mixed, ready-to-use formulations include a proprietary ligation reaction enhancement agent for improved performance.

Many eukaryotic and viral mRNAs are modified at their 5' ends by the addition of 7-Methylguanosine (N7-methyl guanosine or m7G), known as the cap. The reagents provided in this mRNA capping can be used to methylate of capped RNA. mRNA cap 2'-O-methyltransferase adds a methyl group at the 2'-O position of the first nucleotide adjacent to the cap structure at the 5' end of the RNA. Capping protects mRNAs at their termini against attack by phosphatases and other nucleases and promotes mRNA function at the level of initiation of translation. Capping of the mRNA structure plays a crucial role in a variety of cellular processes, which include translation initiation, splicing, and intracellular transport.

If you are interested in our enzymes for mRNA research, please do not hesitate to contact us for more information and a detailed quote.