A more recently developed Tet-off regulatory promoter system offers an alternate strategy that further broadens the application of the pulsing transcriptional approach to study mRNA turnover in mammalian cells. With decades of experience in our professional science teams, Creative Biolabs is always pleased to offer the best mRNA stability test service based on our Tet-off regulatory promoter system to meet the unique requirements of every client.

The recognition of the importance of mRNA turnover in regulating eukaryotic gene expression has facilitated the development of reliable and rigorous systems to measure changes in mRNA stability accurately in mammalian cells. Considering these concerns, Creative Biolabs provides the tetracycline-regulated (Tet-off) promoter system, which exploits a tetracycline-repressible promoter to explain better mechanisms of mRNA turnover in both tissue culture mammalian cells and animals.

The Tet-regulatory system has several advantages over other approaches used to measure mRNA half-life. The Tet-regulatory system provides the opportunity to study the regulation under physiologically relevant and undisturbed conditions and to investigate mechanisms underlying differential and selective mRNA turnover in mammalian cells. Besides, the Tet-off regulatory promoter system allows the analysis of mRNA turnover and its regulation under various physiologic conditions, including but not limited to cell growth and differentiation, the immune response, and tissue repair. Our Tet-off system also allows quantitation of de-adenylation and decay kinetics and elucidation of precursor-product relationships. 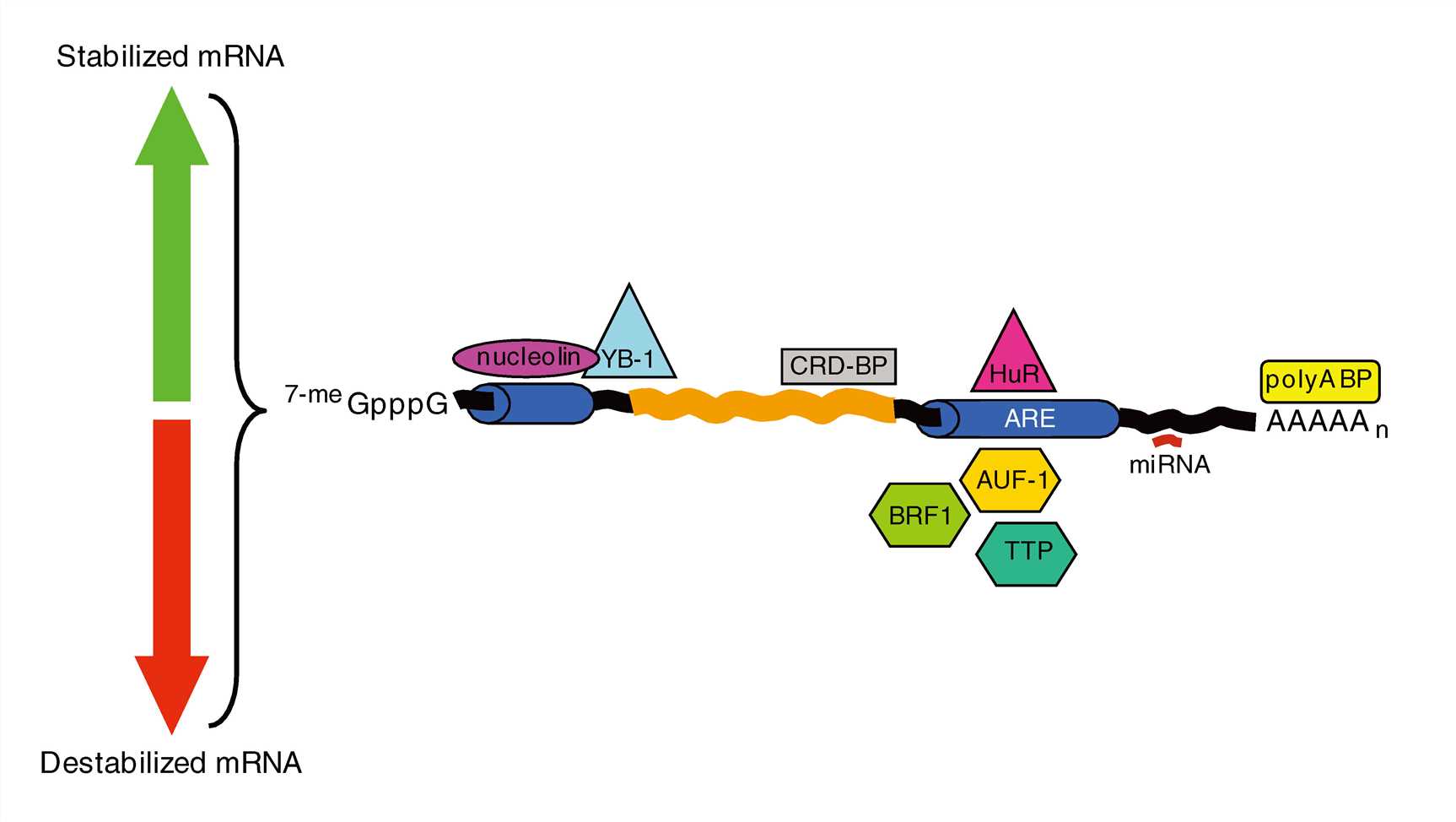 A pulsing transcriptional approach has been developed via the Tet-off regulatory promoter system as a general methodology to monitor mRNA decay in mammalian cells. In this inducible system, a chimeric transcription activator (tTA) is generated by fusing the DNA-binding domain of the TN10-derived prokaryotic tetracycline repressor protein (tetR) to the VP16, which is a transcription-enhancing domain from herpes simplex virus. The second construct includes core sequences from an immediate-early cytomegalovirus promoter plus seven tetracycline operators (tetO) sequences, downstream of which is placed by the interest gene. 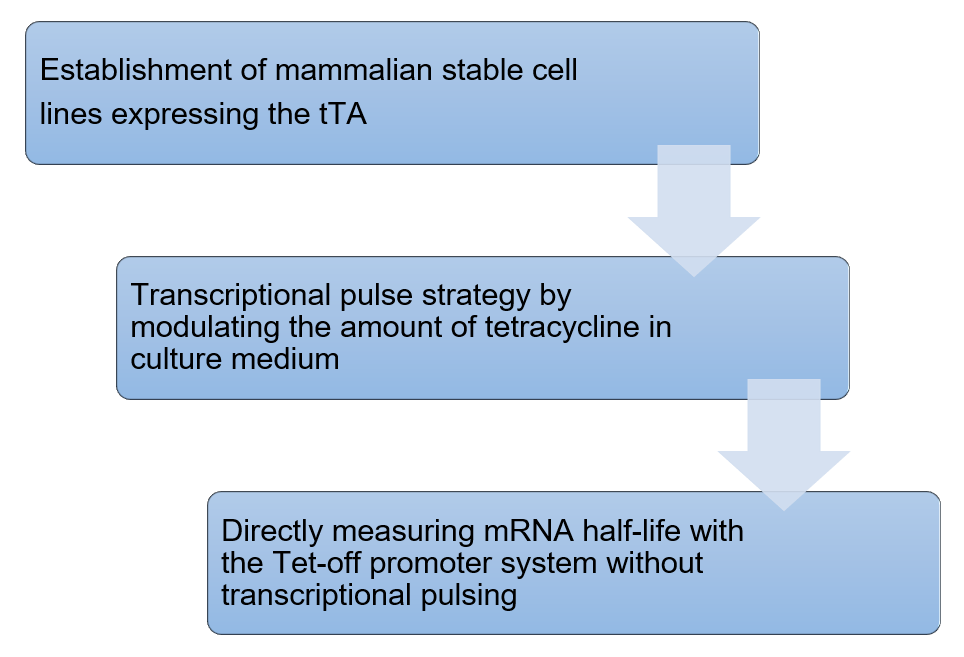 In tissue culture cells which are transfected with both constructs, synthesis of the mRNA of interest requires the chimeric transcription factor. Binding and strongly activating of the tTA to the tetO sequences can be rapidly repressed by Tet, which prevents the activation of the target promoter. It further permits the mRNA half-life to be measured under conditions in which a non-toxic inhibitor ensures efficient repression. Since tetracycline rapidly represses tetracycline-responsive promoters in tissue culture cells and has no apparent toxicity in animals at the required doses, this technique could become the method of choice, particularly as the production of transgenic mice becomes less expensive and more widespread.

The Tet-off regulatory promoter system is suitable for the elucidation of mRNA decay pathways and the roles of mRNA-destabilizing elements to study regulatory aspects of mammalian mRNA turnover. With over a decade of extensive experience in providing mRNA stability test projects, Creative Biolabs is contributed to using our advanced Tet-off regulatory promoter system to determine the mRNA stability for our customers all over the world. If you are interested in the mRNA stability test services, please do not hesitate to contact us for more details.