In vitro transcribed (IVT) messenger RNA (mRNA) has recently come into focus as a potential new drug class to deliver genetic information. Such synthetic mRNA can be engineered to transiently express proteins by structurally resembling natural mRNA. Armed with advanced mRNA technology, Creative Biolabs is devoted to offering mRNA pharmacology optimization services as either individual service or part of a complete project for global customers.

The concept behind using IVT mRNA as a drug is the transfer of a defined genetic message into the cells for the ultimate purpose of preventing or altering a particular disease state. One method is to transfer mRNA into the patient's cells ex vivo. These transfected cells are then adoptively administered back to the patient. The other is the direct delivery of IVT mRNA using various routes. Fig.1 shows the structural elements of IVT mRNA. Each one can be optimized and modified to modulate the stability, translation capacity, and immune-stimulatory profile of mRNA. 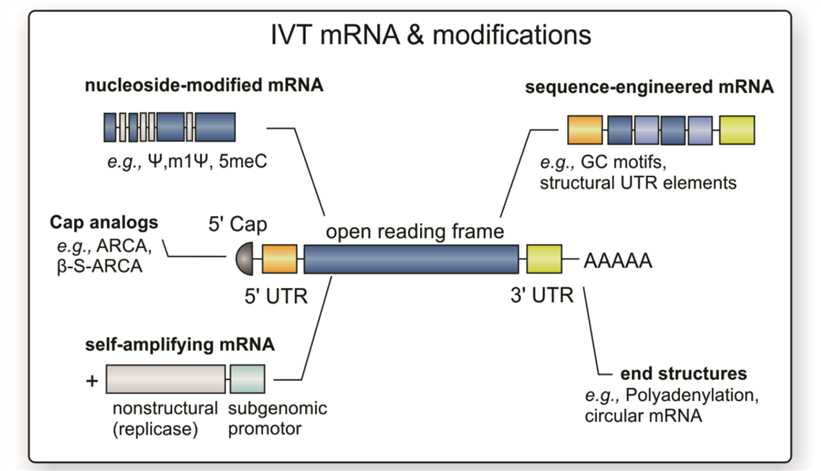 IVT mRNA can be created by incorporating naturally occurring modified nucleosides such as 2-thiouridine, pseudouridine, 5-methylcytidine, 5-methyluridine, or N6-methyladenosine into the IVT mRNA. This has been shown to suppress both the intrinsic adjuvant activity of IVT mRNA as well as its inhibitory effects on translation.

For more detailed information, please feel free to contact us or directly send us an online inquiry.