Post-transcriptional RNA modifications are commonly considered to be essential and critical for multiple cellular and biological functions. Accordingly, at least 170 different kinds of RNA modifications have been identified, among which 2-thiouridine (s²U) and its C-5 modified derivatives are common sulfur-containing modifications found in different positions in transfer RNA (tRNA). The s²U is modified uridine commonly found in all domains of life, in which the oxygen at C-2 is replaced by sulfur. The biosynthetic pathways of s²U differ from various species. Among these s²U modifications, the s²U34 (s²U modification at tRNA position 34) and one derivative 5-methyl-2-thiouridine (m⁵s²U) are found predominantly in the wobble position of tRNA. 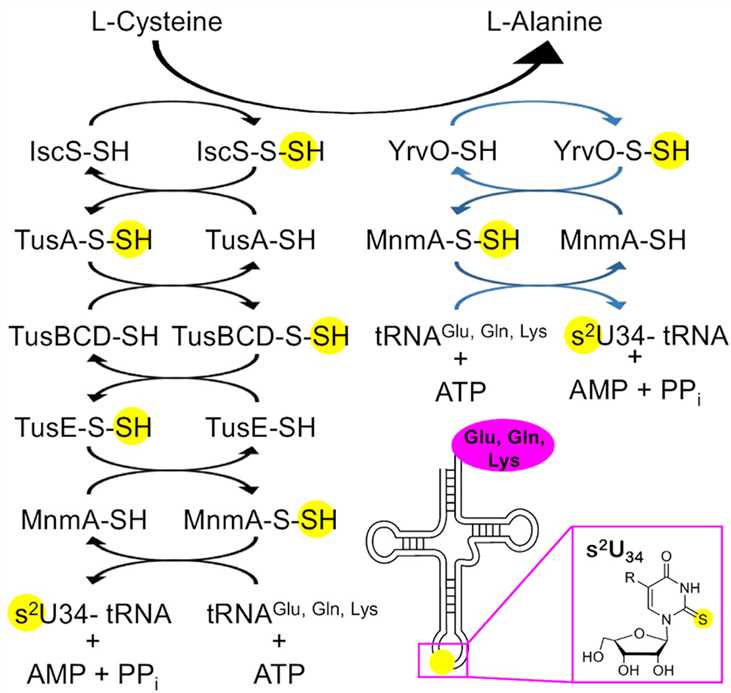 It is reported that s²U modifications usually locate in the wobble position at the sites of glutamate, glutamine, and lysine in tRNA, which is helpful to stabilize the anticodon structure and improve the efficiency of ribosome binding and translation. Specifically, it was inferred that s²U modifications affect RNA structure and thermodynamics might by U: A base pairs stabilization and U: G wobble pairs destabilization. Alternatively, the s² group enhances the aminoacylation kinetics of tRNA, which facilitates the base pairing and recognition of codon-anticodon and prevents frame-shifting during translation. The sulfur in s²U can enhance the stability of the 3'-endo sugar conformation at the nucleoside and dinucleotide level, by which the m⁵s²U endows tRNA with resistance against extreme thermophiles. 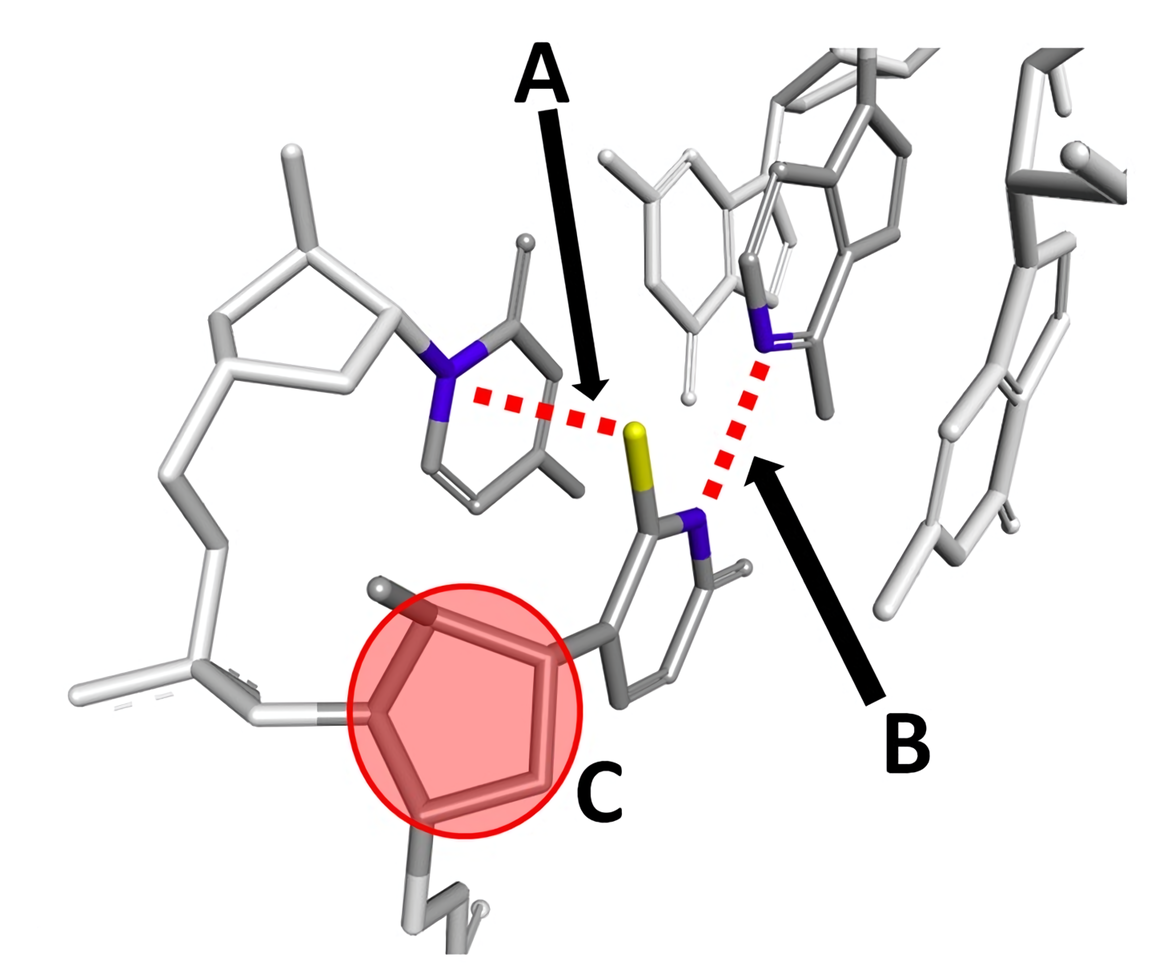 tRNA with s²U modifications shows a more stable structure and resistance against extreme thermophiles. Lack of the s²U modifications will result in growth defects, sensitivity to high temperatures, even protein misfolding in bacteria. Abnormality of s²U modification in humans is implicated with acute infantile liver failure and other dysfunctions.

Therefore, s²U and its derivatives can serve as useful tools for the exploration of nucleic acid structures and functions. Also, s²U modifications may be used to the clarification of stability and physical-chemical properties of tRNA and other nucleic acids. More importantly, essential bio-functions of s²U modification in humans suggest that s²U structure may be a potential target in some diseases' treatment, and it also can be exploited for RNA-based therapeutics.

As a senior expert in the bio-drug discovery, Creative Biolabs has abundant experience and expertise in terms of RNA-based therapy. We are glad to provide custom 2-Thiouridine modifications services based on the high-tech technology platform. Additionally, other related nucleotides modifications services including pseudouridine, 5-methylcytidine, and N6-methyladenosine are also within our scope.

Please directly contact us without hesitation. Our professional scientists will answer you with tailored solutions as soon as possible.