5-Methylcytidine (m⁵C), also called 5-methyl-cytidine, is a modified nucleoside derived from 5-methylcytosine (5mC), in which a methyl group is linked to the C-5 in the 6-atom ring of cytosine base catalyzed by DNA methyltransferase. 5mC has been considered to be the fifth DNA base, which is common in DNA deoxynucleotides of many animals and plants, also is found in ribonucleic acids of animal, plant, and bacterial organisms. In animals, especially vertebrates and mammalian, 5mC is mainly present in cytosine-guanine sequence (CpG), while, 5mC can be found in multiple sites and served as a marker to protect DNA from being cut by the methylation-sensitive restriction endonuclease. In vitro, 5mC can be derivatives into 5-hydroxymethylcytosine and thymine under corresponding reaction conditions. 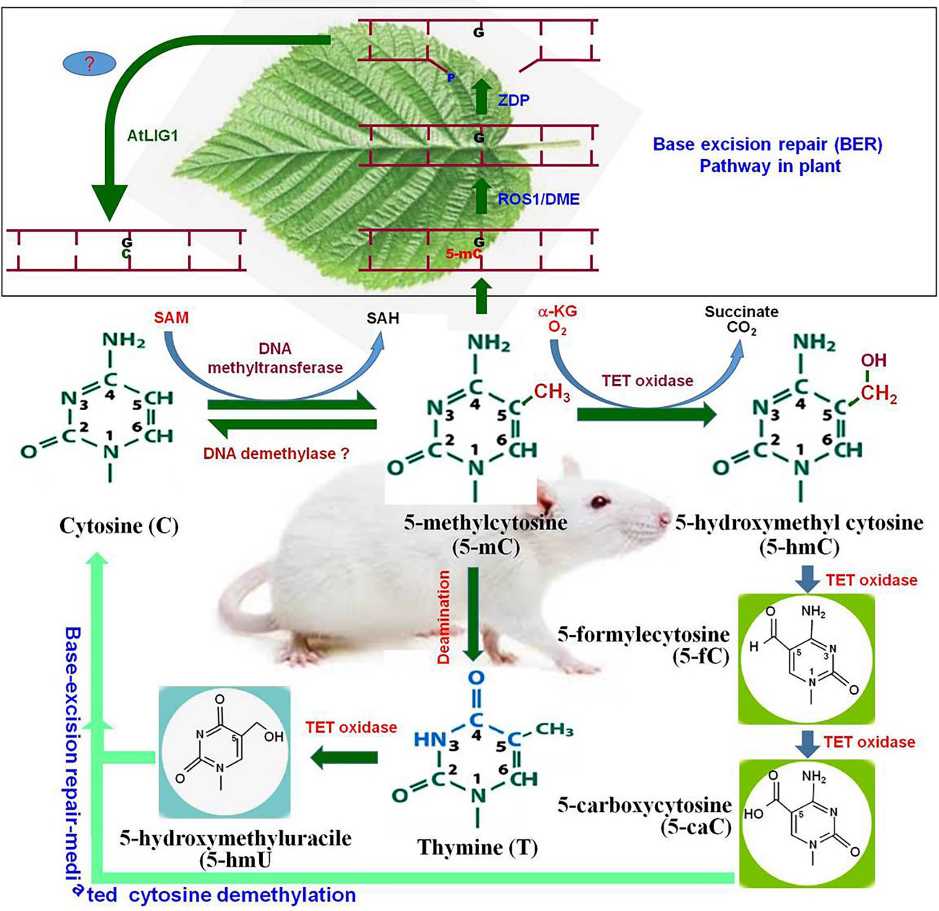 Although m⁵C modification has been well characterized in DNA, its biological functions and meaning in RNA remain to be fully explained. It has been confirmed that m⁵C can be detected and quantified in both transfer RNA (tRNA) and ribosomal RNA (rRNA) by bisulfite sequencing technology. Next-generation sequencing indicated that m⁵C widely presented in coding and non-coding RNAs.

In RNAs, m⁵C is produced when a methyl group attached to the C-5 of cytosine catalyzed by NOP2/Sun RNA methyltransferase 2 (NSUN2). It has been demonstrated that m⁵C or cytosine-5 methylation in mRNA could improve the stability of mRNA structure, m⁵C modification in rRNA may affect the translation process, and tRNA m⁵C involved the regulation of protein translation in stress pathways and tissue differentiation. Additionally, m⁵C modification is also implicated with a variety of functional processes, such as epidermal stem cell differentiation, mRNA decay inhibition, anticodon-codon pairing stabilization. The NSUN2 gene mutations in humans result in Dubowitz syndrome, autosomal recessive syndrome, and other disorders. 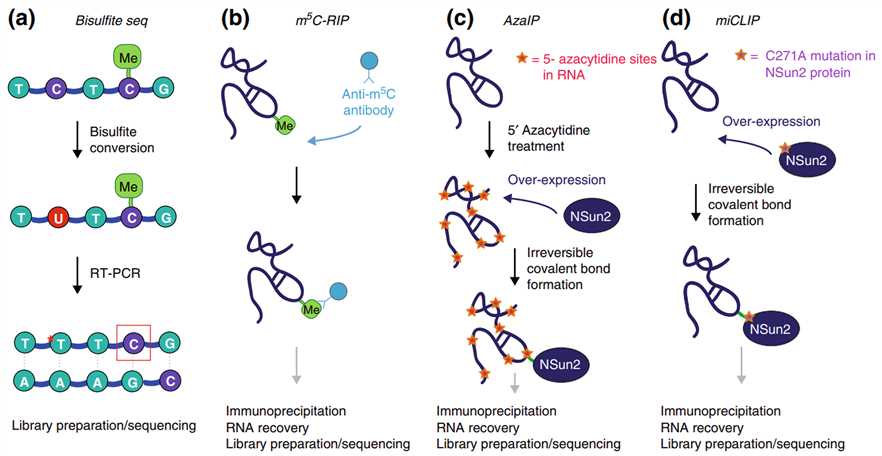 Based on the functions described above, these m⁵C modifications can be potentially applied for the analysis of methylation processes, especially those epigenetics studies associated with the regulation of gene expression and differentiation as well as genomic imprinting establishment. Also, the critical bio-functions of m⁵C modifications may offer some important clues for the novel mRNA-based therapeutics.

As a leader in the field of RNA development, much effort has been devoted to the diverse modifications of RNA at Creative Biolabs. Added by the well-constructed technology platform, we provide comprehensive m⁵C modification services for the RNA structure optimization. And solutions based on m⁵C modification for disease therapy are also available.

You can directly contact us for more details. Our scientists are glad to promote your specific project based on the values of quality, timing, and price.