In the past decades, mRNA has been widely used in the biomedical field. However, the efficient expression of mRNA is still one of the key challenges in its wide clinical application. Although some of these challenges have been partially solved by chemical modification, intracellular delivery of mRNA remains a major obstacle. Polymer-based vectors are a delivery technology that can ensure the stability of mRNA under physiological conditions, and can guarantee the clinical translation of mRNA-based therapies.

Polymers, a class of natural or synthetic substances composed of very large molecules, are multiples of simpler chemical units. Polymeric nanoparticles (PNPs) are the most common materials studied as nanocarriers for drugs and gene delivery. Generally, polymers designed and studied for gene delivery include: polyethyleneimine (PEI) and its derivatives; polymethacrylate; carbohydrate-based polymers, usually β-cyclodextrin, chitosan, dextran and poly(glycosylamine) as their carbohydrate functional groups; dendrimer-based vectors, such as polyamidoamine dendrimers (PAMAM) and poly(propylene diamine) (PPI) dendrimers, etc.

The preparation of PNPs includes two methods: a top-down strategy (grinding prefabricated polymers to appropriately sized particles) or a bottom-up strategy (requiring the use of conventional multi-reaction direct polymerization monomers). 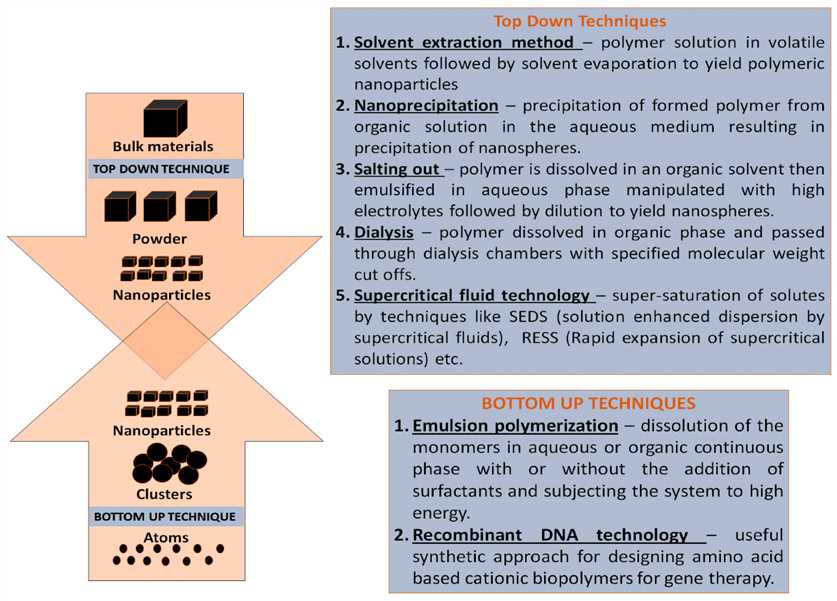 Advantageous Properties of PNPs for Biomedical Use

As an important non-viral vector, the polymer gene delivery system has attracted more and more attention, and has begun to show more and more prospects.

Common organic compounds, such as cellulose or lignin, are the most abundant biopolymers on earth, defining the possibility of multiple structures and conformations.

Most of the new technology of polymer gene transfer aims at two main aspects at the same time, namely: (1) the best transfer of gene in the target cell and (2) the minimum retention of transfer vector in vivo to eliminate toxic effect. Natural or synthetic biodegradable polymers with various functional designs can play this role well.

Polymers can be dissolved in a wide range of common solvents, which makes functionalization and other chemical modifications quick and easy. In addition, after a long time of exploration and summary, polymer synthesis technology has been mature and suitable for large-scale industrial production.

In order to provide a powerful mRNA delivery system, we have now mastered the construction and synthesis technology of two different polymer complexes, micelleplex- and polyplex-type.

Because of the positive charge, the polycation can spontaneously combine with the negatively charged nucleic acid phosphate skeleton to form a "polyplex", to facilitate gene transfer. The polyplex formed between cationic polymer and genetic material is based on electrostatic interaction. The molecular weight, hydrophilicity, surface charge and structure of the cationic polymer determine the efficiency of the carrier.

According to the composition and structure of block copolymers, micelleplexes with different morphology and stability can be prepared. They have many important properties, such as self-assembly, micellization, biocompatibility, thermodynamic stability, large exclusion volume, effective condensation and protection of RNA, low toxicity, and the ability to combine with biofilm, which contribute to the successful application of RNA therapy technology in clinical (enhance cell interaction and gene transfection) and improve intracellular transport through endoplasmic body escape mechanism. 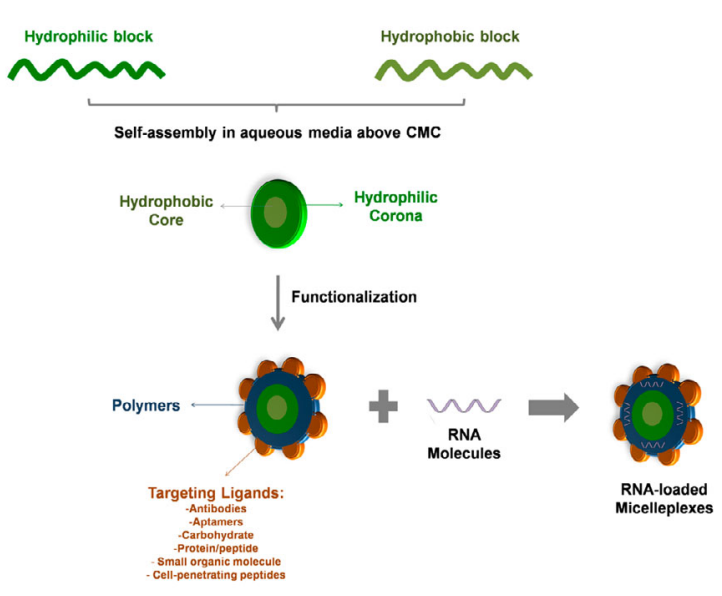 Creative Biolabs spares no effort to provide customized polymer-based vector synthesis and production for customers from all over the world. Compared with traditional PNPs, our products have a higher gene transfection rate, which can achieve sustained and controllable release of therapeutic genes and cell targeting. If you have any need, please contact us.