At present, gene manipulation technology (DNA therapy) is gradually developed and widely used in industry and medicine. Due to the new progress of mRNA technology, RNA has become an attractive alternative for the development of DNA therapy, which can obtain particles with higher stability and translation efficiency. In recent years, Creative Biolabs has studied different modifications of mRNA cap structure to improve the properties of RNA.

All eukaryotic mRNA consists of a cap structure, an N7-methylguanosine, which is connected to the first nucleotide of the RNA by a reverse 5' to 5' triphosphate linkage. In addition to the important role of its cap-dependent protein synthesis promoter, the mRNA cap also serves as a protective group for exonuclease cleavage of 5' to 3' nucleic acids, and is the unique identifier for the recruitment of protein factors for pre-mRNA splicing, polyadenylation and nuclear output. It also functions as an anchor for the recruitment of promoters that initiate protein synthesis and the 5' to 3' looping of mRNA during translation. The mRNA 5ʹ cap regulates splicing, nuclear output, resistance to exonuclease degradation, and initiation of translation. In short, 5' cap has the following functions: 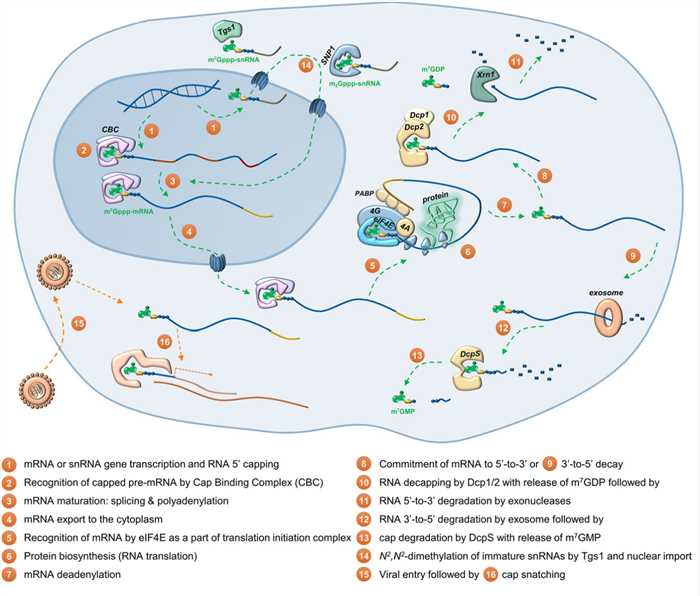 Fig.1 An overview of RNA cap functions in gene expression and main proteins involved in cap recognition and metabolism. (Warminski, 2017)

In vivo, the cap 0 structure (m7G cap) can be further modified to cap 1 structure by adding methyl at the 2' O position of the mRNA initiating nucleotide. In about 50% of the transcripts, the additional 2'-O-methylation of the second nucleotide forms cap 2. Usually, the first nucleotide is adenosine, which can be methylated by N6 to form m6Am cap. Therefore, in addition to cap 0 intermediates, at least three endogenous cap structures, cap 1, cap 2 and m6Am cap, have been found in mature eukaryotic mRNA. 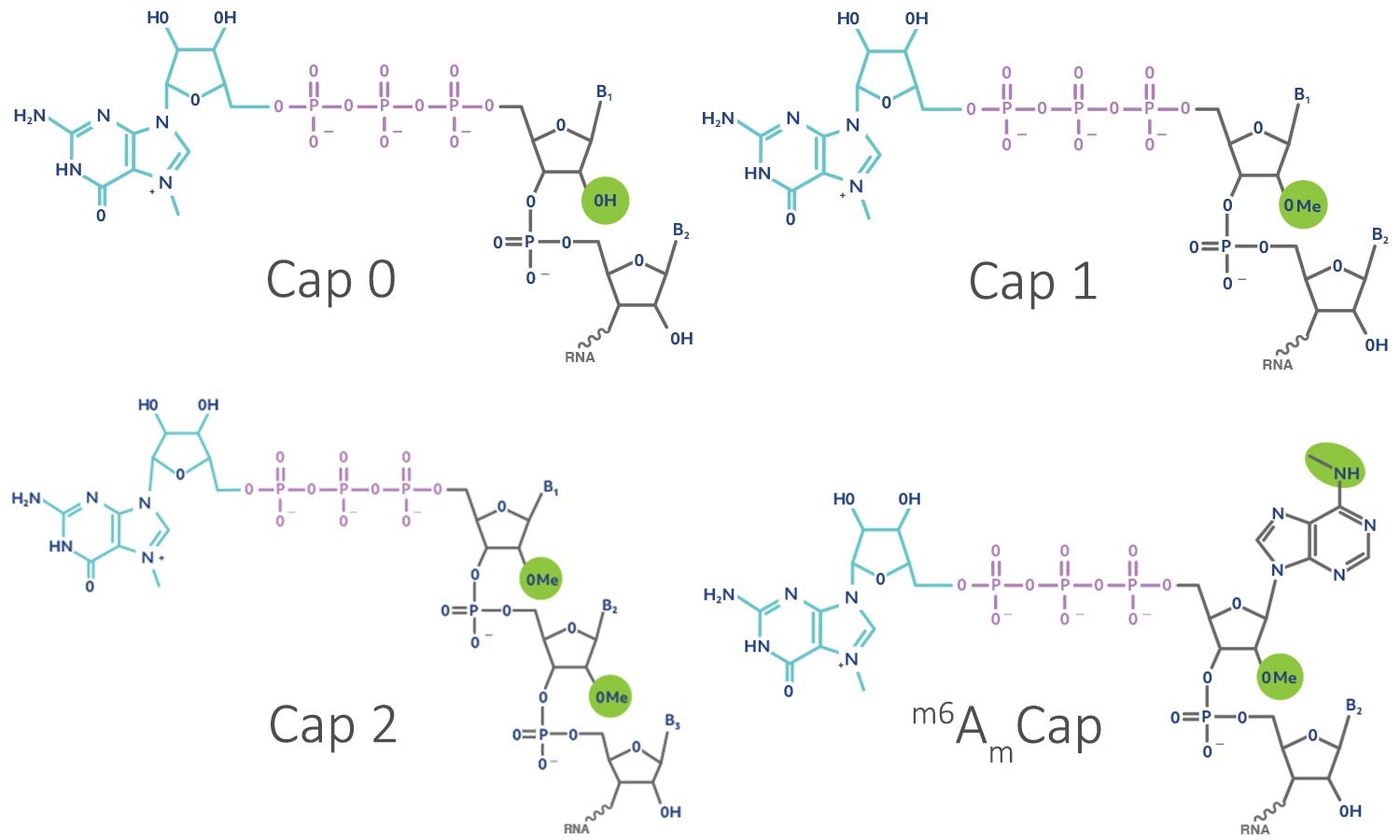 The starting point of capping with 7-methylguanylate is the unchanged 5' end of RNA molecule, which ends at the triphosphate group. It is characterized by the last nucleotide followed by three phosphate groups attached to the 5' carbon. Before transcription, the capping process begins with the synthesis of new pre-mRNA.

What Can We Do?

Creative Biolabs provides a wide range of cap analogs for the application of co-transcriptional capping.

Anti-reverse cap analog (ARCA) is a kind of cap analog, which is used to produce capping transcripts in the process of transcription in vitro. The capping of ARCA ensures high translation efficiency.

Fluorescent cap mRNA molecules are widely used in the study of capping/decapping reactions, translation and other biophysical studies. In addition, fluorescent labeling is very valuable for tracking RNA molecules in cells.

Fluorophosphate nucleotide analogs can be used to monitor the activity of enzymes with various specificities and metal ion requirements. Besides, these compounds can also be used as reporting ligands for protein binding studies.

In addition to changing the translation efficiency and stability of mRNAs, modifications on RNA caps also allow light cross linking with interacting proteins or nucleic acids. One of them is a synthetic cap analogue mRNA with 6-thioguanine incorporated by in vitro transcription (IVT).

If you have any needs in the synthesis of mRNA 5' capping, please contact us.